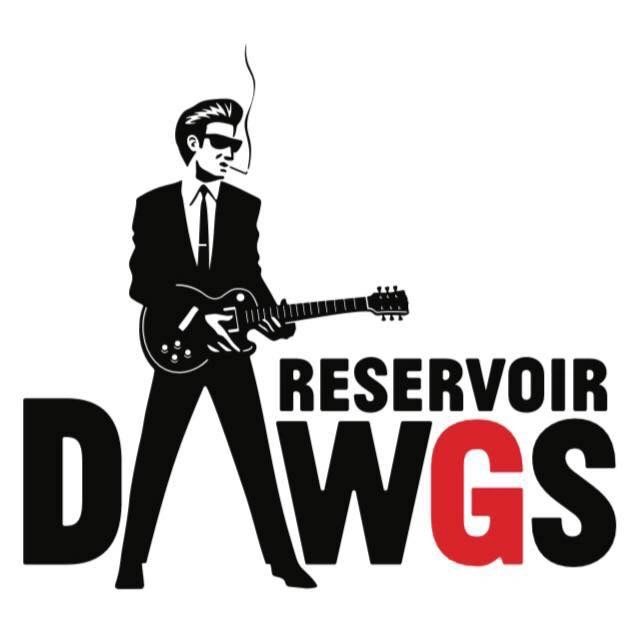 It's after midnight in a rehearsal studio on Central Park West. Five of the Manhattan music scene's deadliest gunslingers are planning to pull off the crime of the decade. Their objective: Bring Back The Awesome Music of The 90's! Meet THE RESERVOIR DAWGS! NYC'S Premier '90s Tribute Show. More than just a cover band, The Dawgs are Masters of their Domain. A fully-costumed high-energy all-'90s Party of Five covering the dopest grunge, power-pop, hip-hop, r&b, and alternative jams from the end of the second millennia. You Oughta Know that The Dawgs are ready to help you get a little Crazy, Right Here Right Now and have a Hella Good time. The Dawgs are available for Clubs, Theaters, Corporate Parties, Private Events, Casinos and 90's Night Charity Fundraisers. So, if you're thinking of reaching out, just go ahead now!

Tia hails from a musical family and has degrees in music and audio engineering. A multi-instrumentalist she also plays guitar with Indie Rockers Huh and  all-female GnR Tribute The Rocket Queens, as well as teaching at NYC Guitar School.

The Dawgs resident Motor City Madam, Jacque played in the all-female glam metal outfit Shangri-La before moving east and becoming a flight attendant. Recently returning to her rock roots Jaq has played in the NYC bands Handsome Pete and Killdeer.

Another Michigan native, John's solo album, Reality, won best album honors in the 2011 LA Music Awards and he had an original composition from the album placed on the 2015 Grammy ballot. John has years of front man experience with a diverse collection of bands including San Francisco's "The Bridesmaids" and New York's own Pink Floyd Tribute "Us Not Them". John continues to write, record and produce while running Mercer Music and Licensing.

A tribute scene veteran, Vinnie has played The Edge with U2 Nation, and is also lead guitarist with the all-'80s outfit White Wedding. Vinnie's Broadway credits include playing in the pit orchestras of Mamma Mia, Movin' Out and School of Rock. He teaches at NYC Guitar School and has written hundreds of articles, transcriptions, and lessons for Guitar Player, Frets, and Guitar World  magazines.

Sean Minardi is a vocalist/drummer from Patchogue, Long Island, a veteran professional who has toured nationally/internationally and done numerous recording projects.  A self-proclaimed perfectionist, he has a cultivated playing style and sharp stage antics. He has been performing in the Metropolitan New York/Long Island area since he was four years old. You’ll also see Sean with Moving Pictures—A RUSH Tribute, Return to Paradise—A Styx Tribute, The Wood Vibrations, and Jacks O’ Diamonds.  By day he is an audio sound engineer and owns his own Entertainment/Sound/Event/Recording Company “Boardwalk Entertainment”

Do you have questions, want to book a show, club, corporate event, or private party?